Martin Giles was born in 1952 in Hertfordshire, and as a boy, he always had a great interest in guns and history.

He was apprenticed as a toolmaker, starting his own engineering company in the early 1970's,  With his engineering background he has enjoyed restoration and repair work and model making, and has an interest in 19th century American manufacturing techniques.

He has a strong interest in horse drawn vehicles - American carriages being foremost. He has enjoyed driving and showing horses in these vehicles.

He became a registered Fire Arms Dealer with his own shop and for 10 years was buying and selling all types of guns. He gave up being a registered fire arms dealer to concentrate on developing his business and to diversify to include the building and restoration of period carriages, however he continued to collect guns.

He has been a member of several gun clubs, and a long time member of the British Driving Society and the American Carriage Association.

After 35 years in engineering, Martin is now in a position to spend more time on his two great passions – American guns and carriages. 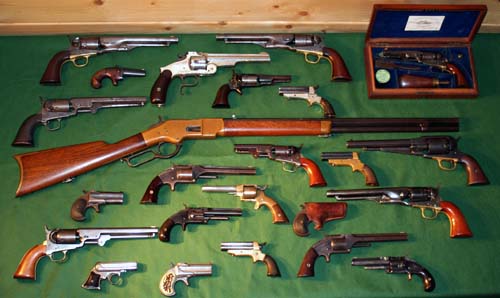